10 tips for when the remedy isn’t working…

Many of us have seen and experienced the amazing things homoeopathy can do.  That’s what keeps us in this difficult profession right?  But sometimes the best, most carefully chosen remedy just doesn’t seem to take.   The following are tips for when the chosen remedy doesn’t seem to be working – please note, these are only some of the elements that must be checked. 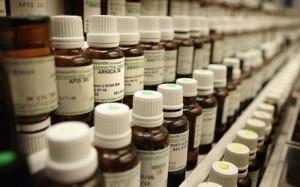 1. Check where the remedy was bought, where it was kept, and how exactly the patient took the remedy.  If there are any doubts regarding the pharmacy, replace the remedy.

2. Check for anything that may be antidoting your prescription:  an external antibiotic cream, a medication you didn’t know about, a strong perfume or toothpaste used immediately before/after taking the remedy, a course of aromatherapy or other treatment at the same time as homoeopathy, etc.  My policy on coffee, mint etc. is fairly lenient – I prefer that patients keep to their general lifestyle, but if the best chosen remedy isn’t working, I start restricting to see if the issue is antidotes.

3. Change potency and frequency of dose.  You can change the potency higher or lower.  Do not become “addicted” to a particular potency based on a protocol you may have learned.  Sometimes a lower potency helps where you expected a higher potency to be required.  Sometimes the reverse happens.  Boenninghausen used mainly 200C.  Hahnemann at one point recommended 30C as a standard but then developed LMs and used many other potencies as well.  Hahnemann sometimes used descending potencies in case management.

4. The remedy you chose may need more time to act.  Read materia medica, especially the proving and its introduction, and look at the timeline for symptoms reported by the provers. 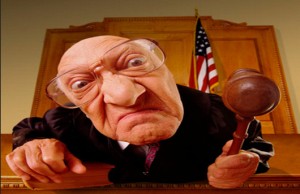 5. Look into the symptoms you chose. Are they so certain that you could swear to them in a court of law?  Have you assumed anything rather than double-checking with the patient?  Re-read Hahnemann’s aphorisms on case-taking and make sure the symptom picture you are using is absolutely rock solid.

6. Are the symptoms you took current presenting symptoms?  In order to be completely certain, the main symptoms that you can use have to be current and presenting.  This means clearly reported by the patient,  by someone close to the patient, or observed by you.  Hahnemann details this in the Organon, and the resulting clarity of focus will help you find the most effective remedy.

7. Do any of your main symptoms really show the patient’s individual expression of the disease?  Many may get headaches, but a headache that is worse in the morning and that is better for drinking water is an individualized expression of the complaint.

8. Are you sure the symptoms you took are symptoms of the disease?  If the patient is generally angry, this is a point you can use in differential diagnosis, but if that is not something that has changed, it is not part of the disease totality – don’t use it in your initial set of prescribing symptoms.  (vide Aphorism 6).

9. Are you using current symptoms?  If the patient says they had a symptom six years ago, but it’s not part of the current presenting complaint, it should not be used in your preliminary prescribing rubrics.  If it is an important symptom, chances are it will be part of the remedy you chose based on the presenting symptoms, or it will return with the progress of the case, together with its own individualizing symptoms, and you can prescribe for it then. 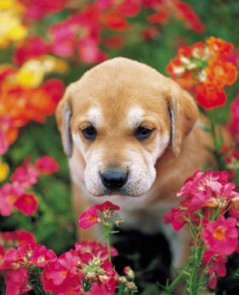 10. Are you factoring in the Doctrine of Signatures in your remedy choice by accident or (gasp) on purpose?  This is NOT homoeopathy, and has no place in the homoeopathic process.  So if your patient seems closed like a clam – NOT a reason or supporting evidence for Calc. Carb.  If your patient looks like a puppy – NOT a reason to prescribe Lac Caninum.   This form of analysis is fun, imaginative, creative, and WRONG.  Please don’t mistake me.  WRONG doesn’t mean evil, wicked, or fattening.  WRONG means USELESS, and harmful in the sense that use of the Doctrine of Signatures prevents correct homoeopathic process, and thereby muddies the case and prevents potential for cure.

AND THE BONUS TIP:

11. Is there a miasmatic block?  This is a much broader subject, but can well be the reason a remedy is not working, especially if you’ve cleared all the other issues raised in the first 10 points of this article.  Often in these cases, the best remedy needs to be “kick-started” by the remedy relating to the miasm.  Read Hahnemann’s Chronic Diseases, examine whether there are any remedies in your solid choice of rubrics which also relate to the miasm.