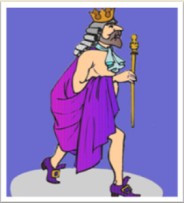 I have recently been reading material about the sensation method, with what seems to me to be back-tracking disguised as inclusiveness, with a new insistence on the value and importance of repertory and materia medica. All this termed, in political correctness, synergy.

For some odd reason, political correctness now seems to lead the homoeopathic field – and I have no idea how it got there. Hahnemann started off with something fairly straightforward – give substances to healthy people, write down the effects, use those symptoms to find the substance with similar symptoms to those of the disease. Really just hitchhiking on an investigated quirk of nature, “like cures like”, something that has proven itself in observation and experimentation.

One mustn’t exclude. And those of us who do (and I am one of them – but I think you, gentle reader, know that already) are labeled rigid, old-fashioned, lacking in sufficient knowledge and understanding of modern methods and their great contribution to homoeopathy today.

And truth is – they are right! I’m old fashioned. I believe that the person who developed a method probably knew more about it than those who took his ideas and turned them into something else. Especially when that person said “experience alone declares it, and I believe more in experience than in my own intelligence.” So if that’s the method I want to use – I need to go to source. That’s where I want to begin. Organon. Provings. Lesser Writings.

When messing with other people’s health – and that is what we homoeopaths are doing – I want to stay as close as possible to the certain and sure. Where is that certainty in the sensation method? Where is it in the periodic table? And in case-taking – where is it in the arrogance of the practitioner who believes he can understand the deepest motivators, characteristics and behaviours of the human being sitting opposite him? Where treatment becomes more about the homoeopath’s personal sixth sense, rather than about objective information regarding the patient’s disease, and specialized objective observation that should be part of every homoeopath’s training?

Certainty rests on clear principles, on procedures which can be repeated and which produce results. As soon as a method moves away from the objective and the observed into the murky world populated by words such as “I felt”, “I believed”, “the patient seemed to be”, and by concepts such as delusions, imaginations, and the practitioner’s interpretations of the patient’s deeply repressed emotions – we have moved away from the certain.

And when moving away from certainty is justified through politically correct dictates of inclusion – well that way lies madness. And a world full of naked Emperors…

One response to “A Practitoner’s Thoughts”